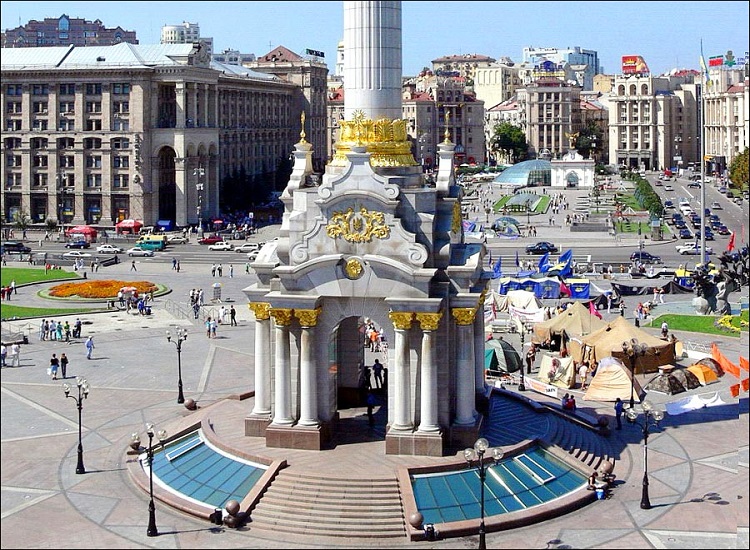 Back in 1937, the House of Pioneers of the Khamovnichesky District (now the Kievsky MDGS) opened its doors widely thanks to enthusiasts who were passionate about the romance of pedagogical ideas. There were only 17 circles in the House, but this was a house in which children saw the embodiment of magical land of knowledge and creativity. Years went by. The names of the House changed, new directions of activity appeared, circles became studios and associations.

Today, the Kievsky Center for the Development of Children’s and Youth Creativity is a diversified state institution of supplementary education and pre-vocational training, where 151 teams work, engaged in about 2 thousand children and adolescents aged 4 to 18 years. The smallest pupils of the Center are engaged in the Complex of early aesthetic development. The main purpose of the work of the Complex is the personal development of children aged 4 to 6 years and facilitating their adaptation to the conditions of school life through the communication of children and teachers in educational and game groups.

Traditionally, the most visited are associations of artistic and aesthetic direction.
In the “Young Talents” association, teachers work with enthusiasm and high professional level with everyone who wished to enter the magic world of music. Classes are held in the academic choir, folk ensemble, pop vocal studios. Children learn to play various musical instruments (piano, guitar, flute, folk instruments), they are taught theoretical subjects (solfeggio, music theory, the world of art in music).

Studio Theater “Square” – exemplary educational musical drama theater, which is the basis for the research activities of the Institute of Art Education of the RAO. The theater has repeatedly been the winner of the festival “Young Talents of Muscovy.” The exemplary collective of the artistic word “Muse” is a repeated winner of the city festival “Young Talents of Muscovy”.

The decorative and applied direction is represented by groups: “The Wonderful”, beadwork, the Kaleidoscope textile painting workshop, fine art and exemplary wake-up photo design team. Here you can learn how to knit, make a soft toy, create compositions and collages from artificial, natural materials and beads, learn the basics of painting. Creating artistic compositions, the children put into them their ideas about beauty, about life among nature, about their feelings and moods, to a certain extent reflect their vision of the world as a whole.

In the Linguistic Empire “Salvator”, Italian, French, German, Spanish, and English are taught. Training takes place in linguistic camps during the holidays and in Moscow groups throughout the year. Based on the method of proof. MSU GA Kitaygorodskaya head of “Salvator” developed the author’s system of teaching, including not only learning to communicate with native speakers but also a deep study of the culture of the peoples of the respective countries. Children from 4 to 12 years old will be able to learn the basics of the English language and culture in a team.

The technical direction is represented by teams: Aeromodelling, Auto-modeling, Karting, “Skillful Hands”. Pupils are multiple prize-winners of city competitions, laureates of the festival “Young talents of Muscovy”. In addition to promoting technical knowledge and the development of work skills, these teams are focused on preparing children and adolescents to choose a profession.

Classes in the association “Avtogorodok” provide children with the necessary knowledge of safe behavior on the roads and streets of the big city. Every year, the Center “Kievsky” together with the traffic police holds the district competition “Safe wheel”, became the traditional holidays “Dedication to pedestrians” for district first-graders and “Hello, friend, our Traffic Light!” For preschoolers in the Dorogomilovo district.

On the basis of the “Kievsky” MDTDU, the Avtomobilist specialized labor and recreation camp is held annually, opening the doors not only for young traffic inspectors but also for children who want to learn the knowledge of safe behavior on the road.

The holding of a cycle of New Year’s events within the framework of the city’s New Year’s platform has become a traditional and annual event on the basis of the MDGs “Kievsky”. After seeing the performance and having fun with Grandfather Frost from the heart, all children receive free gifts provided by the Prefecture of JSC.

Center for the Development of Children and Youth “Kyiv” rightfully prides itself on the widest range of educational activities, the lack of age qualifications for students, the unique teaching staff and accessibility for children of different categories and the neediest families.

Restrictions on the Number of Hours of Additional Education in Moscow